How Technology Can Take Financial Inclusion Training Further and Deeper

This blog explains how the HERfinance Digital Wages Tech Learning Tool incorporates technology to make learning and training more engaging for workers. It also discusses how technology can play a role in bridging the digital gender divide and giving women the skills that they will need in the economies of the future.

I was recently in Bangladesh to support the pilot of our new HERfinance Digital Wages Tech Learning Tool. It was inspiring to see garment workers, who were using tablets for the first time, go very quickly from being unsure how to use a touch pad to confidently completing quiz questions.

Over ten years of implementing HERproject in factories and on farms around the world, we’ve seen—and remain convinced—of the value of face-to-face training. Expert local partners, with the ability to adapt a curriculum to a local context and the skills to deliver it, are one of our biggest assets in empowering women around the world. Working in this way and with support from the Bill & Melinda Gates Foundation, our HERfinance Digital Wages program is already helping over 180,000 workers transition from cash to digital wages.

At the same time, we are keen to take advantage of technology to make learning and training more engaging for workers and, eventually, to reach many more workers. That’s why we have recently developed the HERfinance Digital Wages Tech Learning Tool, with support from the Mastercard Center for Inclusive Growth and technology company QuizRR, to support managers and workers with the transition from cash to digital wages in Bangladesh. 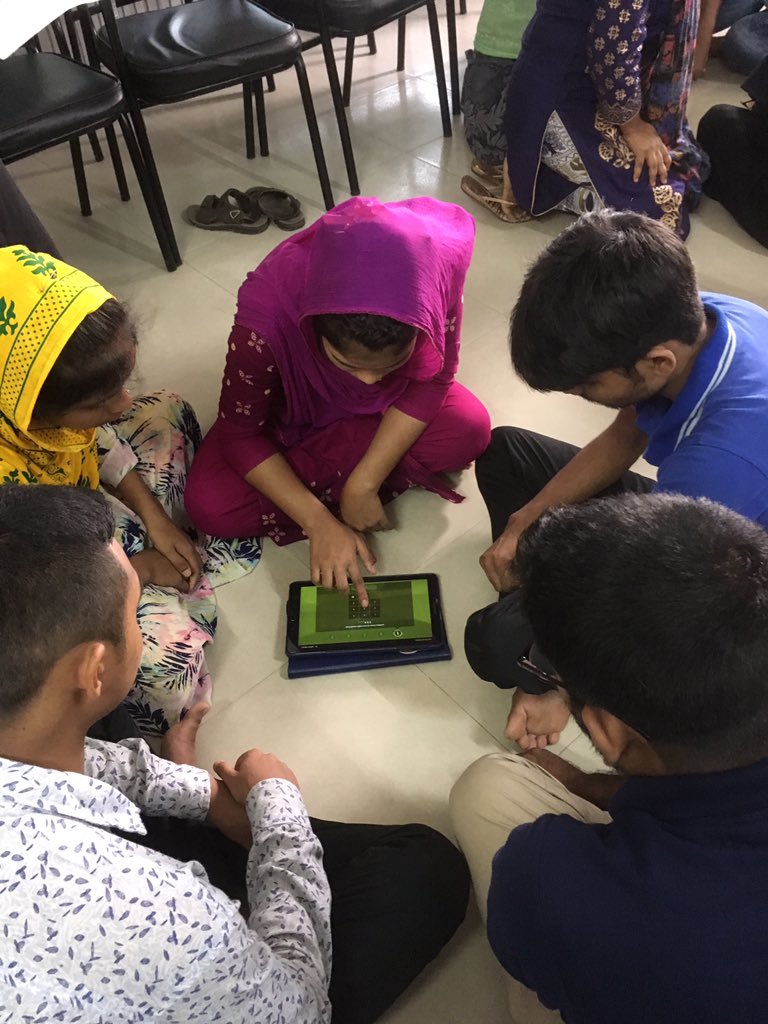 Transitioning from cash to digital wages has the potential for huge benefits. It cuts risk, increases efficiency, and empowers women: for example, we found that after completing the HERfinance Digital Wages program, women are 15 percent more likely to participate in household decisions related to spending and saving. It’s also good for business: our data shows that factories spend 53 percent less time on payroll administration after going digital.

But it is not just a question of flipping a switch. Many workers have not used digital financial services before, and lack confidence with new technology. Training and support are vital to maximize the benefits of the transition. Our new Tech Learning Tool provides employers and workers with information, guidance, and advice through engaging videos, quizzes, and animation. Workers tell us that the new digital training is fun and is also a great opportunity to practice using a touch screen.

We are piloting the HERfinance Digital Wages Tech Learning Tool in four factories in Bangladesh, with a total of 9,000 workers (55 percent of whom are women). Over the next six months we will gather feedback from workers, managers, and trainers to finalize the Tech Learning Tool. 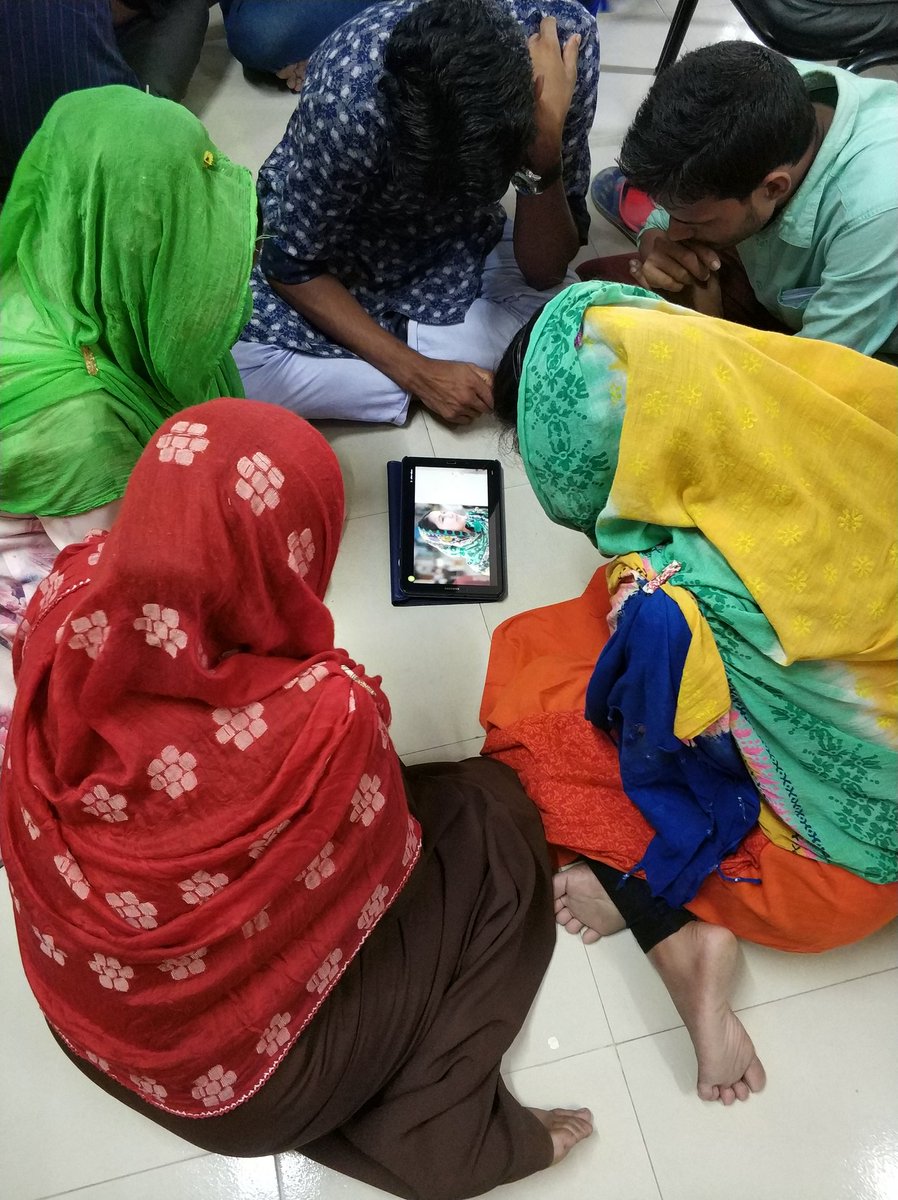 So far we’ve had a great response to the Tech Learning Tool. One of the workers I spoke to told me: ‘I was confused before [about digital wages], but the video helped to make it clear’. The workers also appreciated the design of the tool: ‘It’s nice that this tool is for workers and the video follows the story of workers like me—I can relate to it’.

At first, men tended to be more confident than women when using the Tech Learning Tool. In four out of the five groups I saw, men took the lead and women watched. However, with some encouragement the women began to take turns with the tablet, and everyone had a go at answering questions. This is a good and constant reminder for us and our training partners to always ensure that our approaches are tailored to the needs of women.

The global digital gender divide is widely discussed: for instance, women are on average 26 percent less likely than men to have a smartphone.  We indeed see that women we work with in HERproject generally have significantly less exposure to technology. For example, at the HERfinance Digital Wages baseline—where we ask workers participating in the program series of questions—only 60 percent of female garment workers had their own mobile phone, compared to 80 percent of men. In the Tech Tool research focus group discussions held with garment workers in Dhaka, around 30 percent of men had their own smartphones, compared to only five percent of women.

The Tech Learning Tool is designed to address these imbalances. In addition, it allows trainers to assess in real time where to focus and to adapt the program accordingly, as the Tool provides a summary of answers given by participants (see image below). For example, during the financial services module only 52 percent of the group answered that the best way to ensure that no one else could access their accounts is to never share their pin number. By noting this low score, trainers can use the next session to reinforce critical messages like this one around financial and digital security.

Our experience piloting the HERfinance Digital Wages Tech Learning Tool has given us real faith in the potential of technology not just to facilitate the transition to digital wages but to empower low-income women workers at the same time. This is a truly exciting synergy: Technology can both expand the impact of existing HERproject programming while playing a role in bridging the digital gender divide and giving women the skills they will need in the economies of the future. We are already planning to adapt it to our Digital Wages program in Cambodia and we will be actively seeking opportunities to integrate technology in a similar way into our other HERproject pillars (HERhealth and HERrespect). If you would like to partner with us to do so, please contact us! 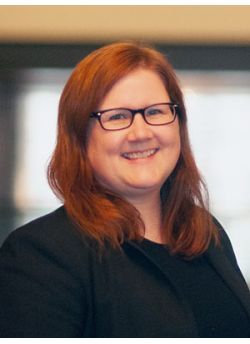 Ella holds a Master’s in Development Studies from Birkbeck, University of London.